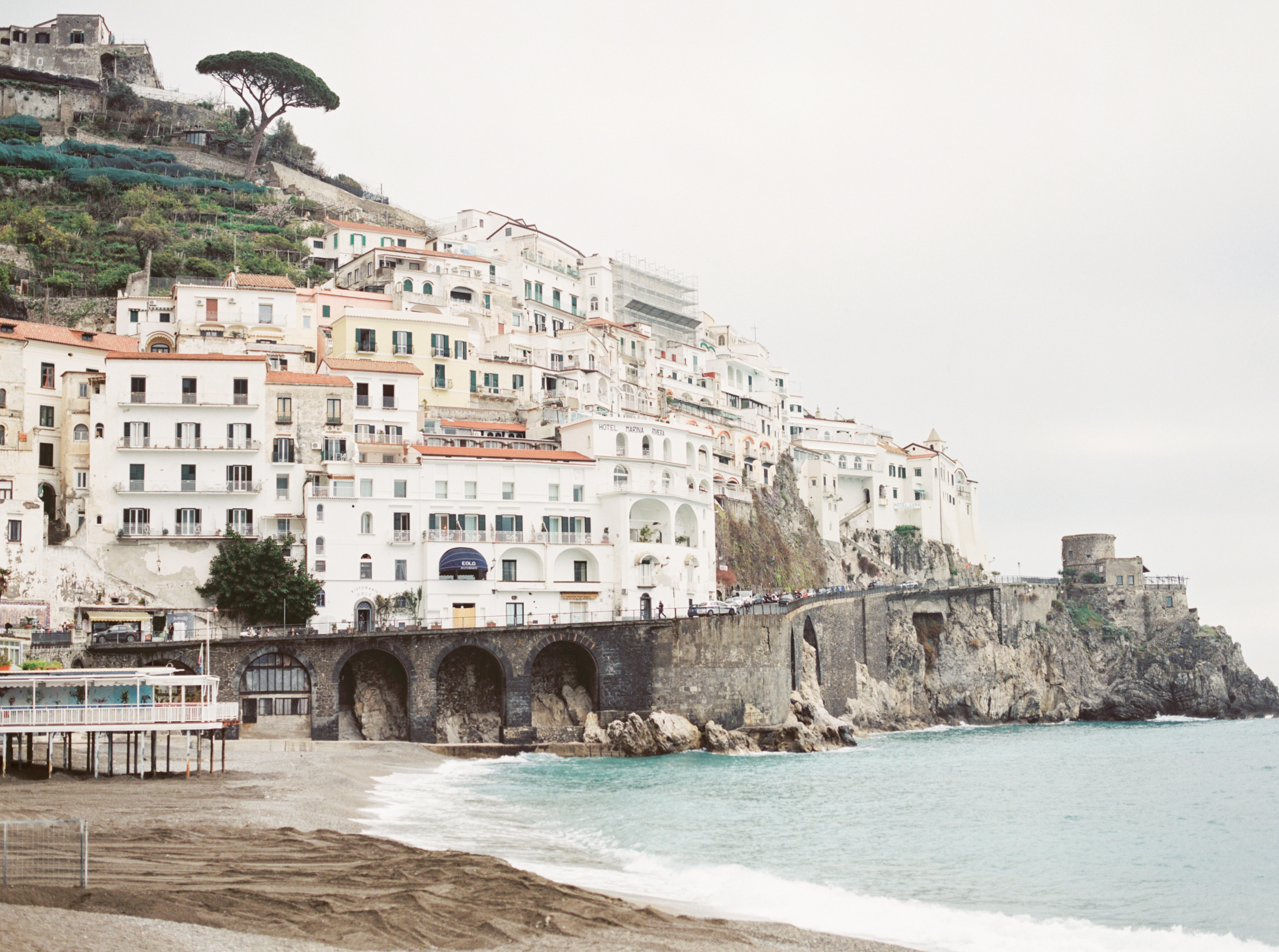 When people ask about my favorite place I’ve traveled to, the answer is almost always Italy. (Although I’m sure I’d say the same about Spain given the day, it’s competitive). Where else can all your carb-filled dreams be fulfilled so easily? My mouth is watering just thinking about the endless and fresh vino, pasta, pizza, and GELATO. Why I did not take more pictures of the food is beyond me… or perhaps because it was all gone before I had a chance to pull out my camera. Can you blame me?

Anyhow… please enjoy the travel photography shot on film in Italy, April 2018. All photographed on the Pentax 645N with Fuji 400h and Ilford HP5. The cities photographed include: Salerno, Amalfi, Positano, and a few from Tuscany, Italy.

But if you’re actually considering going to the Amalfi Coast—where should you stay?

If you were anything like me when beginning your trip planning, you just assume Positano is really the only place worth seeing because that’s what all the bloggers say. (I think? idk)

However, after much research, I discovered the little gem of Salerno, Italy and decided to use the quaint town as my base camp.

The main reason I decided against staying in Positano, was that I discovered it was quite the trek to get there (which after an overseas flight is really not appealing). Options I found included taking a wildly driven bus along the coast with inevitable car-sickness, hiring a private taxi driver, or some other sketchy/expensive means. Plus, with being Positano being a tourist hub, accommodations in general were much more pricey.

Salerno was perfect because I could take a train directly into the city centre from Florence, with a short 1 mile walk to my Airbnb. The accommodations were far cheaper in Salerno, given it was less touristy (I paid $187 for two nights and three days in an incredible Airbnb all to myself. If you’re in the area I highly recommend! Check it out here).

Salerno itself was very quaint, super walkable, and safe for a solo female traveler. From Salerno, I took an 8 euro ferry to Amalfi and Positano. I strolled the streets, drank wine, ate pizza, pasta, gelato, bought a painting, got sea sick on the ferry…all in a days work! Who’s planning a trip there that I can tag along too 😉 Let’s chat about a photoshoot on the Amalfi coast!

And scroll to the bottom for a few photos I had taken while in Amalfi by the talented Mary and Maurizio of Quattro Studio.