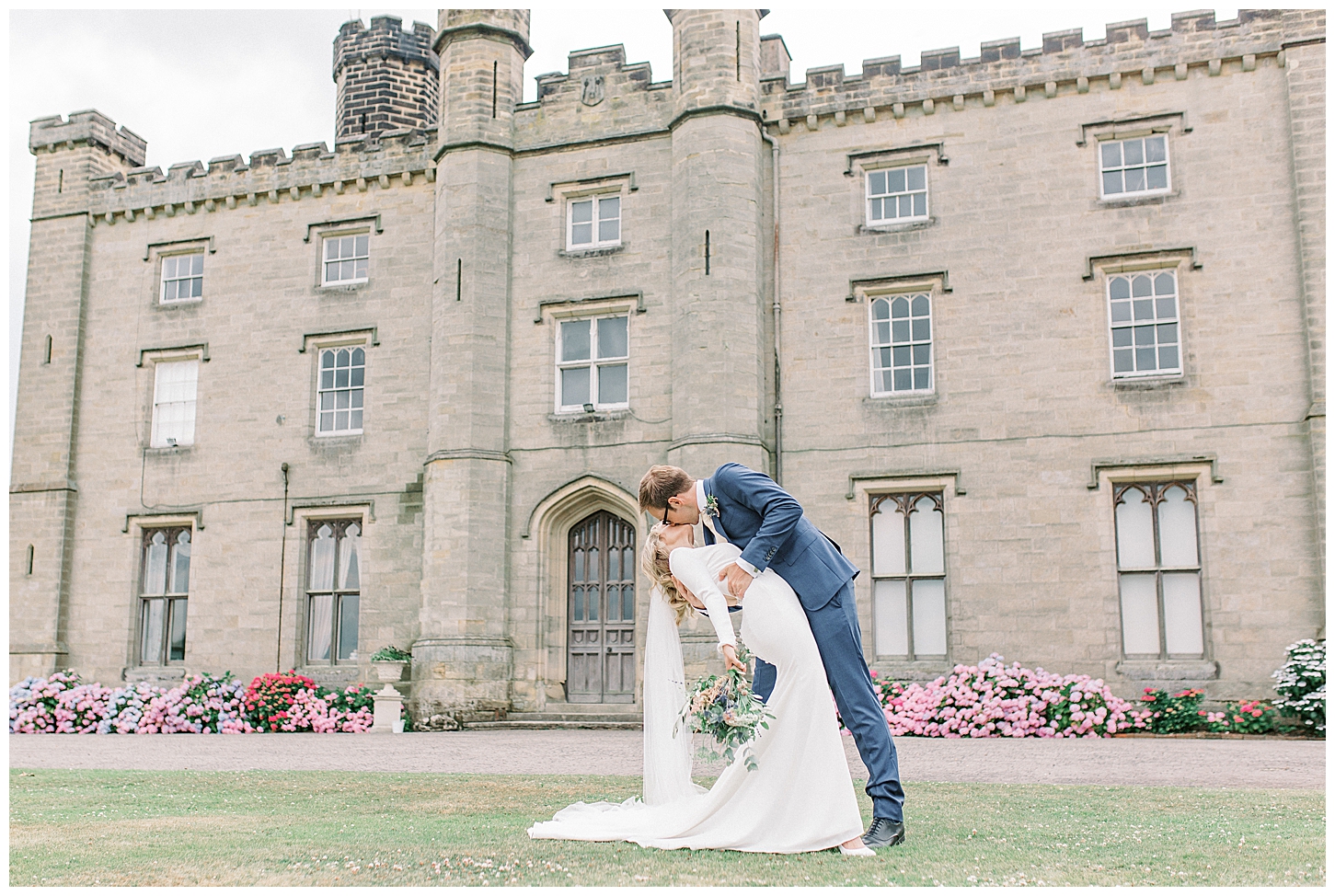 To date, Austin and Michael’s wedding at the Chiddingstone Castle was one of the most special celebrations I’ve been invited to witness. It’s taken me three years to write their story, with a desire to do it justice and difficulty to put into words; I’m honored to share it with you now.

Austin and Michael were married in June 2017 in Kent, England, near Michael’s hometown. The day was incredibly beautiful, and even someone who didn’t know the backstory could feel the love and emotion emanating from the scene.

Two years prior, Austin’s husband, Peter, was killed in a car accident by a drunk driver. Peter was a beloved father to their two children, a talented soccer coach, and a friend to countless around the world. I can personally attest how incredible of an individual Peter was.

After the accident, Peter’s best friend, Michael, was there to support Austin and her two children. One day their feelings suddenly changed, almost as if Peter had a hand in it all. Amidst other coincidences and a deep understanding of one another, a love blossomed.

Austin told me that while the situation may seem odd from an outsider’s point-of-view, it made incredible sense, as Peter wouldn’t have trusted anyone else to step in and fill those big shoes. In addition, no one would understand all that Austin has and would still endure better than Michael, who was also experiencing tremendous loss in a lifelong friend.

When I saw Austin and Michael together, it was obvious the pair was meant to be together. Michael is the perfect individual to help keep Peter’s infectious spirit alive and teach his children about their incredible father alongside Austin.

Fast forward to June, 2017, the two were wed with their loved ones by their side at the Chiddingstone Castle. It was an emotional day, but so beautiful and memorable. The love that poured out for this family was evident and an extraordinary celebration to witness.

The wedding day began with a large breakfast, gift exchanges, and laughter. Austin and her daughter drove to the ceremony in a vintage car and were greeted at the end of the aisle by Michael and her son. After the ceremony, they explored the stunning castle gardens and joined their loved ones in the Orangery for cocktails and hors d’oeuvres. In true English fashion, the reception began with a “Wedding Breakfast” with heartfelt toasts, followed by dancing and drinks. The perfect day concluded with a sparkler exit outside the castle, wishing the couple farewell.

It was truly an honor to capture Austin and Michael’s wedding day at the Chiddingstone Castle. While their wedding day wasn’t immune to grief, it was a wonderful reminder that we can still find joy and celebration during the most difficult times.

The 3 Most Beautiful Pueblos Blancos in Andalucía